At this point you know that whether you’re in Bayou Cane, Houma, or anywhere else in Southern Louisiana, Lausen’s Bail Bonds are the experts that you’re going to call. But do you know where the idea of bail comes from? Pre-trial release dates all the way back to ancient Rome, although the way the Romans took care of bail is much different than what the process of bail bonds companies look like today. 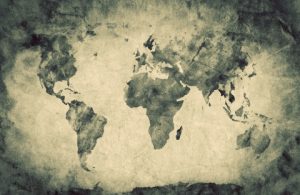 According to research done by Timothy R. Schnacke, Michael R. Jones, and Claire M. Brooker, “bail bond decisions are all about prediction, albeit today about the prediction of a defendant’s probability of making all court appearances and not committing any new crimes.” In America’s beginning, English laws were occasionally carried over, but began evolving almost immediately. Their research goes on to state that,” It is commonly believed that the first true commercial money bail bondsmen, persons acting as sureties by pledging money or property to fulfill money bail bond conditions for a criminal defendant in court, were Peter and Thomas McDonough in San Francisco, who began underwriting bonds as favors to lawyers who drank in their father’s bar.”

Bail reform was very common throughout the 1960s and all the way into the 1980s. Although bail bonds and the jobs on bondsmen continue to evolve, we at Lausen’s Bail Bonds know how to get the job done right. We’ve been serving our community since 2007 and we offer a number of different services for our clients because our goal is to work with you.