In our previous blog, we provided our readers with a brief history of bail bonds. Today we’d like to give you just a bit more information. You know where the concept came from, but how do judges decide who is eligible for bail and who’s not?

What Exactly Do Bail Bonds Do? 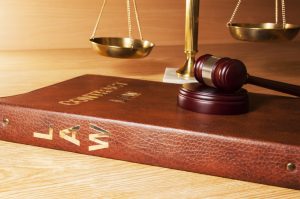 Simply put, if you’re in jail and someone pays your bail, you won’t have to sit in jail until your court date. This is a huge advantage to you because dealing with planning for court while you’re in jail can be a major inconvenience to you and your loved ones, not to mention the fact that if you’re in jail, you can’t take care of your other responsibilities.

Aren’t Bail Bonds Only for the Rich?

Thankfully, bail bond reform over the last several decades has made it easier than ever for those who don’t have much money to be released from jail.

What Does it All Mean?

The justice system decides whether or not someone in jail is eligible for bail based on their likelihood to try to run or commit a violent crime. If the person in jail is deemed dangerous, bail bonds won’t make a difference because there’s a very small chance that they’ll be eligible for bail in the first place.

If you’re in Southern Louisiana, feel free to contact us if you have a question about bail bonds. We’ve been in business since 2007 and our goal is to be there for you because we’ve seen it all and know exactly what you’re going through.